“He who is not courageous enough to take risks will accomplish nothing in life.” -Muhammad Ali

Several months ago, I was lucky enough to photograph two amazing people. A sort of “photo-triathlon”, capturing them together and separate on the same day. We began with a couples shoot. I photographed Mike and Ashley together, sharing tea and laughs. We followed those with a short portrait session of Ashley in her studio. Finally, I wrapped up the three hour shoot by photographing Mike.

Upon Ashley’s request, we shot a few portraits in his study. Slightly cramped, I carefully wiggled my 60 inch convertible umbrella into place. Using a canon 5D MKii & 50mm lens and shooting through a doorway, I captured these. 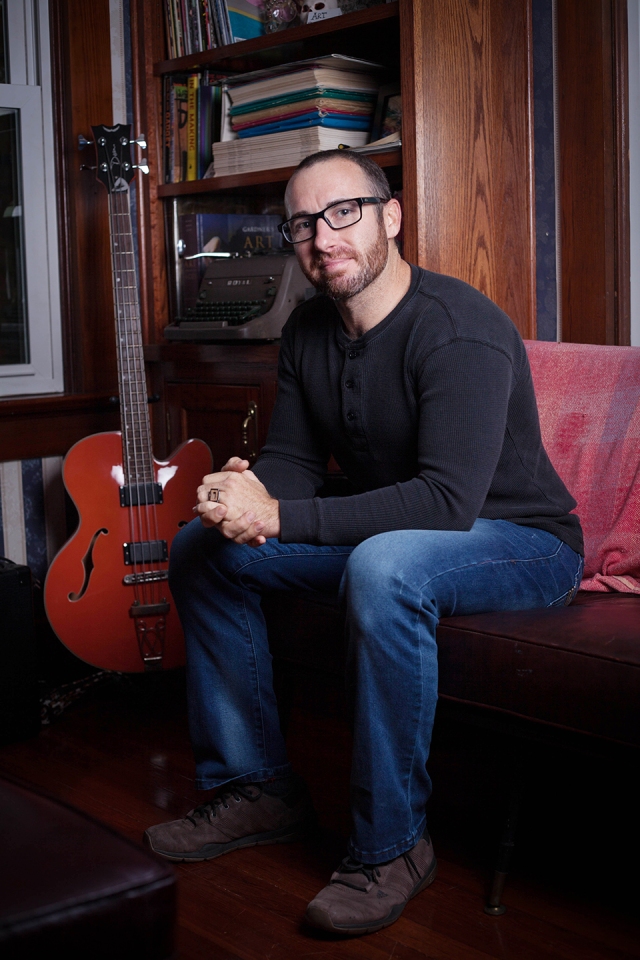 Mike is a super friendly, super chill guy. He has one of those laughs you can feel; loud and reverberating. We’ve only hung out a handful of times but I’ve always been fascinated by his career and travels. Mike climbs very tall things and repairs them. When he comes home after a rough day, he likes to hit things. That’s when the beast comes out. Motorcycles, tattoos, and a beat up duct taped punching bag; doesn’t get much cooler than this. I was ecstatic to walk into Mike’s neatly kept garage and see him sweaty and punching away, UFC glove clad.

For these portraits I set up two separate lights. One, a bare speed-light placed behind the bag. The other, an Octobox placed just outside the camera’s frame to the right. 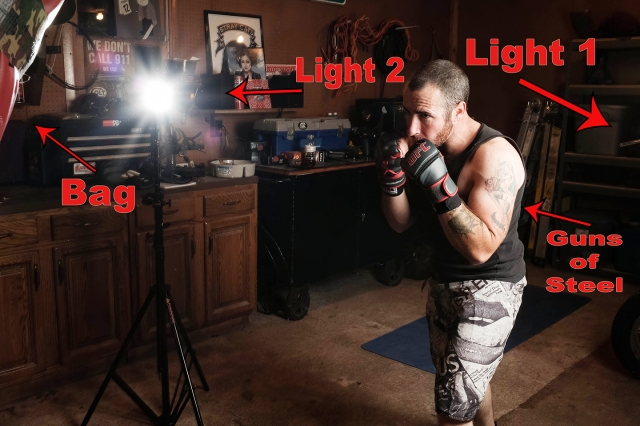 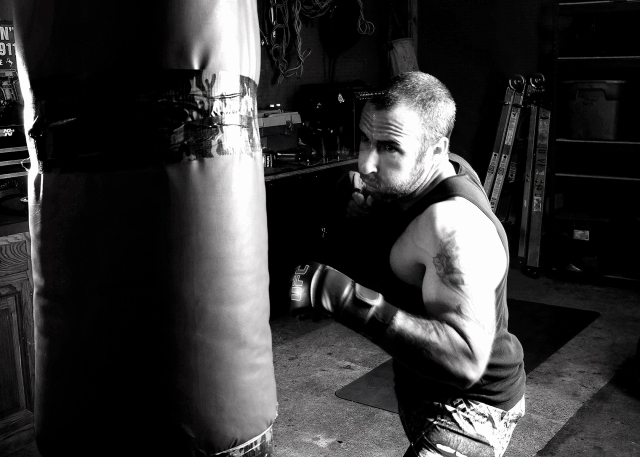 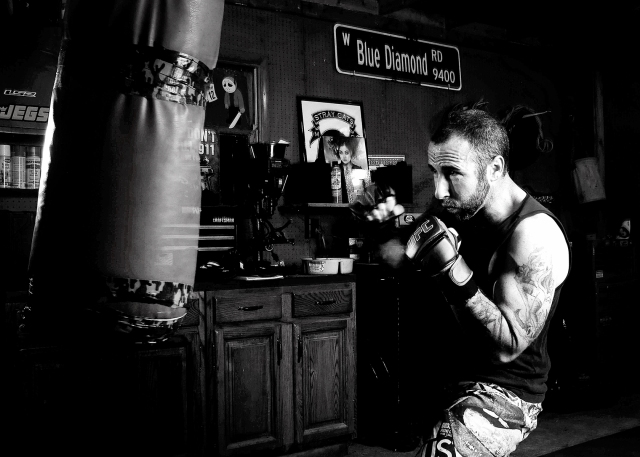 Everyone has a plan ’till they get punched in the mouth. -Mike Tyson

I dragged my shutter, hoping to capture a ghosting effect as Mike quickly and powerfully struck the bag. I knew that even with a slower shutter speed, the flash would freeze the action. 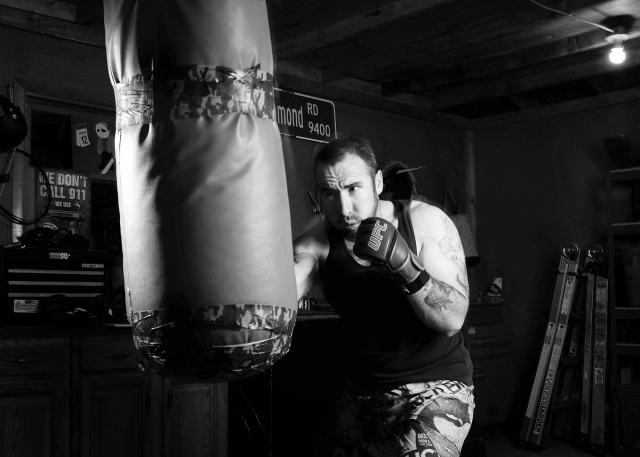 “A lot of times you have your frame very much in mind and you’re waiting for things to fall in place.” -Vincent Laforet 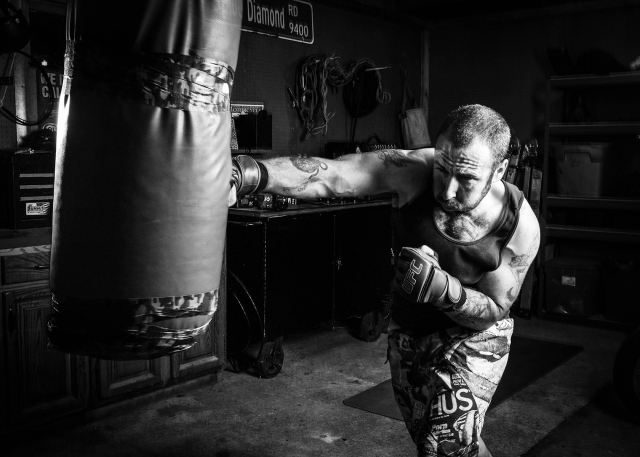 Mike talked about his years in Vegas as a fighter. He told me, “what I really like is getting hit back.”

My voice cracked as I told him I wouldn’t like that very much.

Finally, I pulled out my Fujifilm X100T and positioned Mike in front of the bag. I wanted to create a high contrast look with light wrapping around him from both sides. I placed two octoboxes just outside the right and left of the frame.

I learned two important lessons from my session with Mike. Lesson one: one light is great, two lights are pretty sweet too. Lesson two: if you like your face, don’t make Mike angry.