This is part 2 of a multipart series on documentary photography. If you haven’t had a chance yet—please read Part 1: Photography Is Losing Its Value.

I read somewhere that if you can cook macaroni & cheese—then you can develop film.

Processing film is extremely simple—at least that’s how I feel about it. I use two chemicals—a developer & a fixer. Of course I’m developing black & white film— color is more complicated. But to start developing at home, all you need are a few tools: 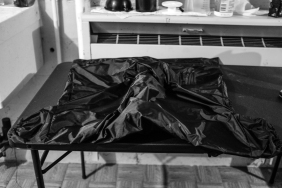 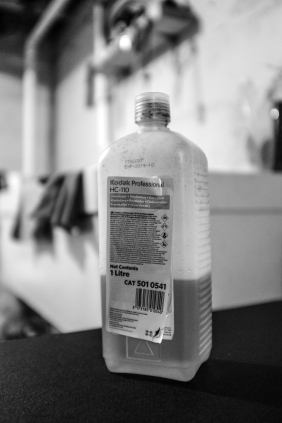 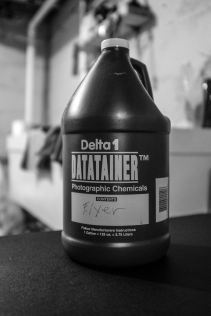 “You don’t take a photograph, you make it.”
—Ansel Adams

I started developing film about two years ago. This came on the heels of almost giving up on photography all together. I had a portrait business for many years before experiencing one of the worst cases of burnout that I’ve ever had. I wanted to sell all my cameras and never take a photo again.

It wasn’t just the fact that they were shooting film—it was the way they saw the world, the way they almost created their own distinct reality through photos. These photographers often capture mundane life events, hotel TV’s, dogs, street art, & strangers. However, they do it in a way that’s so visually compelling & interesting. Photography was suddenly new and fun again. I wanted to go back to the roots of the art-form—so I started developing film.

I processed my first roll of Tri-X 120 film in a bathroom sink. I meticulously planned out each individual shot with my Mamiya RB67—I was so afraid of ruining the film. To my surprise, the film turned out and I was instantly addicted.

It’s so rewarding to pull the wet film out of the tank and see the exposed negatives for the first time. For me, shooting film is a meditation. I think more before pressing the shutter, I get my hands dirty during the developing—I subsequently feel more connected to the process of making images.

Shooting film helped me rediscover what I loved about photography—why I picked up a camera in the first place. It wasn’t to make money—it was for the joy of seeing, of being present, of connecting with my surroundings & experiencing life.

“I think that photography may be the most positive art form: every time you push the shutter you are saying, ‘Yes!’” —Joel Meyerowitz

Practicing film photography isn’t for everyone and I don’t expect every photographer I meet to shoot and develop their own film. However, I’ve learned a lot from the process and grown as a photographer since adopting the habit. Arguably the most important lesson I’ve learned from shooting & developing my own film is a greater respect for the craft.

A Respect For The Craft

For me, developing film isn’t just another hipster trend. Its a way to travel back in time and experience what early photographers went through before the digital era. When you develop film—you have a better understanding of the process of making a photograph.

I recently learned about The Turnley Brothers and how they became interested in photography after being gifted a book by Henri Cartier Bresson. Peter & David Turnley are now world renowned photojournalists & documentary photographers—but they started their photographic careers by taking pictures of their home town (Fort Wayne) and developing film in the basement of their childhood home.

Everyday the twin brothers would travel to McClellan Street & document the lives of the working class during the 1970’s. They shared one camera & and a unique ability to gain access into the lives of the people they photographed. They would process the film and show the images to their family at dinnertime. When they returned to McClellan Street, they would give their prints to the families that they were documenting.

For me, this story perfectly illustrates my feelings about the photographic process. David & Peter were just two teenagers making photographs purely for the joy of the art form. They were inspired by the great photographers that came before them—and have since dedicated their lives to the craft of making powerful images.

“To me, photography is an art of observation. It’s about finding something interesting in an ordinary place… I’ve found it has little to do with the things you see and everything to do with the way you see them.” — Elliott Erwitt

I recently dug out some old newspapers and was fascinated by the quality of the images that were taken—just a few years ago.

I have a growing collection of photo books—full of images that inspire me to become a better photographer. I study these images and attempt to put myself in the place of the photographer—to understand what they were seeing and how they must have felt when they pressed the shutter.

There was a time when photos were taken for more than just a few likes on social media.  The great photographers of the past were motivated by a passion for capturing beauty & form—along with a hunger for documenting the plight of humanity.

I believe that if you’re crazy enough to pick up a camera and pursue photography—it is your responsibility to carry this tradition forward.

Shoot film, learn to see creatively, go around your town and find stories to tell with your camera. Talk to people—be curious.

The craft of photography needs people who are willing to go beyond the tools they are using & pursue what is truly meaningful about the art form. Documentary photography is more than shutter speeds & megapixels—it requires an understanding of the human condition, a passion for combining content & form, and a willingness to believe there is beauty around every corner.

“What use having a great depth of field, if there is not an adequate depth of feeling?” — W. Eugene Smith

In spite of our technology—we’re living in a time of social disconnection. Fear, anxiety, depression are all on the rise as mental illness continues to be fueled by our growing isolation from one another.

Everyone has a phone in their pocket—but are we talking to one another?

Everyone has a camera—but not everyone is a photographer.

Be a Photographer—not just a person with a camera.

Learn about the craft—be inspired by other artists, join a photography club, go put your art on display.

Connect with people in a time when everyone around you is connected to a device.

Photography needs photographers—we are tasked with the great responsibility of carrying the craft forward for future generations.

The next post in this series will be titled: Part 3—Our Friends & Families Need Photographers.

As always, Thank You for reading.