Several months ago I was met with a challenge I had never faced before; finding a barber to trim my beard. I was nervous and reluctant, however I took to Facebook and discovered Joe Silva at Hoosier Barbershop in Garrett. Joe did an awesome job on the beard and I recently returned for a second trim. I brought my camera and Joe was nice enough to pose for a couple photos. 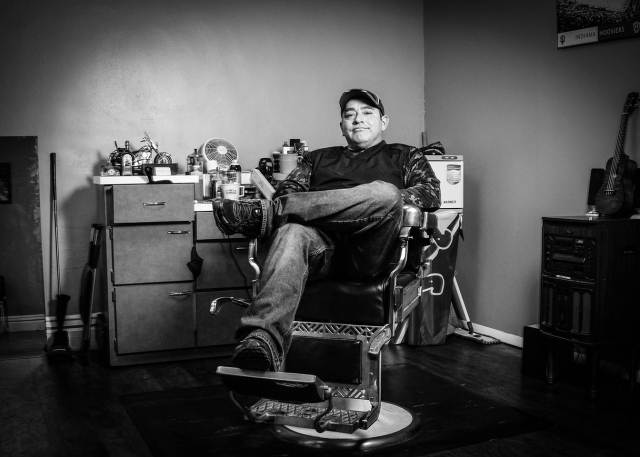 Joe has been a professional barber for seven years. He just recently moved to a new building in downtown Garrett. His shop is lined with vintage vinyl records, rock’n roll posters, and he’s even got a couple of arcade games up front. 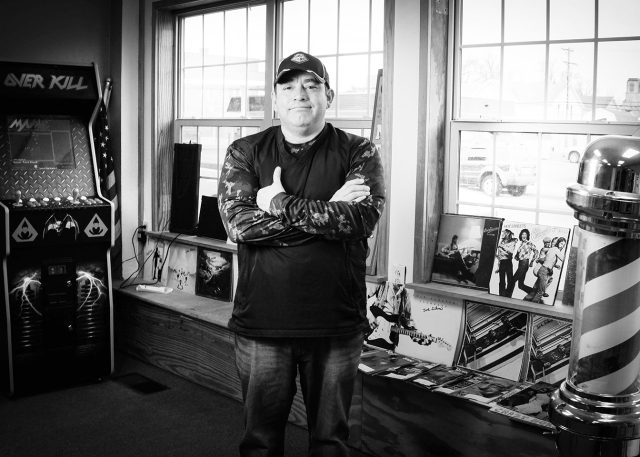 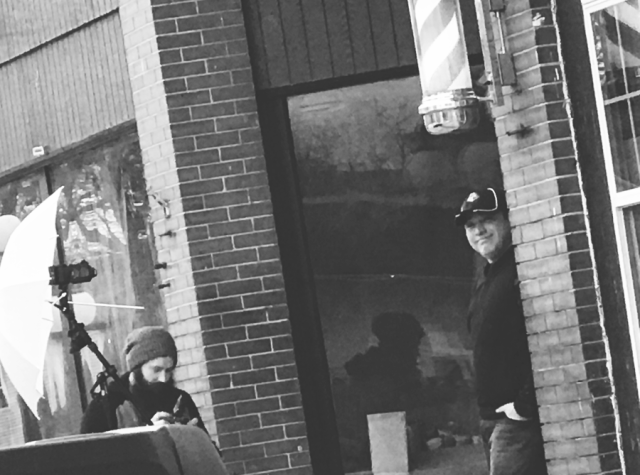 Joe’s portrait session went great, except I left my huge 60 inch convertible umbrella at home. Luckily I had a 24 inch backup in my car. Umbrellas make great light modifiers until they catch the breeze and fall over. Which is exactly what happened right after this photo was snapped. Luckily, it was my backup and its been smashed a hundred other times.

I’ll remember that for future sessions. 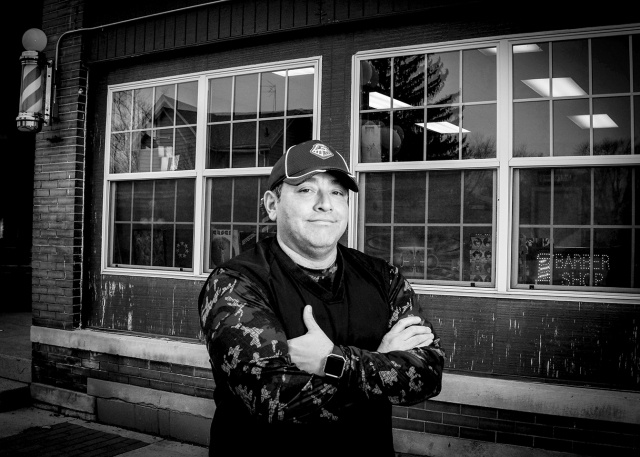 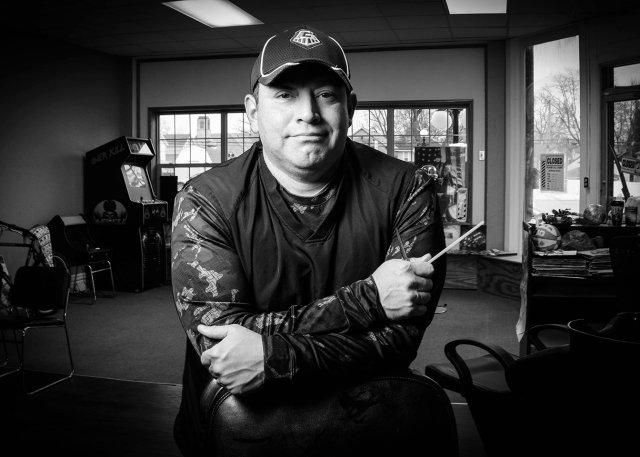 Joe’s a super talented guy and I really appreciate him volunteering his time for photos. If you’re in need of a professional barber, check out Joe at Hoosier Barber Shop 214 S. Randolph St. in Garrett. He’s also on Facebook!