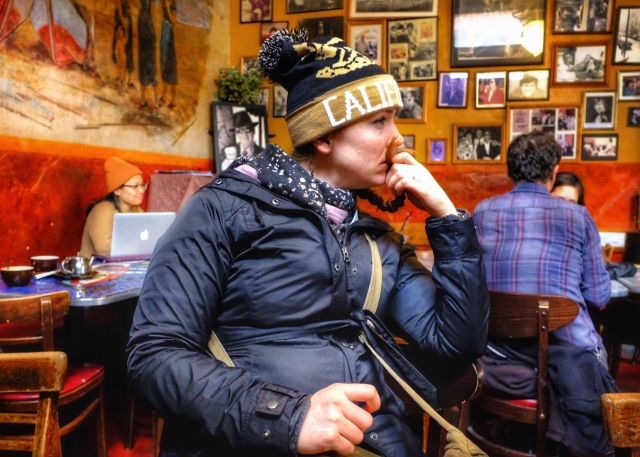 I have this nasty tendency to overthink.

Do you spend hours replaying conversations in your mind, wondering if you said the right things or—what you could have said?

Do you wake up in the morning and immediately begin to think about what you have to do & freeze in terror as the list rapidly grows beyond your control?

Do you think so much that you become paralyzed—indecisive and unable choose a path?

I think so much—running down every scenario—that I talk myself out of something before I even get a chance to begin.

So today, after running through countless scenerios, shooting off thoughts and obsessing over what I have to do—niche this, blog that, Ashley issued an order that I am to have the following mantra.

Ashley: “I want you to write that mantra down and read it every day and say to yourself, Less Thinking, More Doing.”

If you’re a genius you just pull a lighter out of your pocket and start the fire—but I’m not that smart.

Instead, I’ll go out into the woods, grab some stuff that will burn, get a couple sticks and start rubbing them together.

After a while, somethings bound to spark.

Wise words from a trauma nurse.

She knows a lot about brains—I should probably listen to what she has to say.