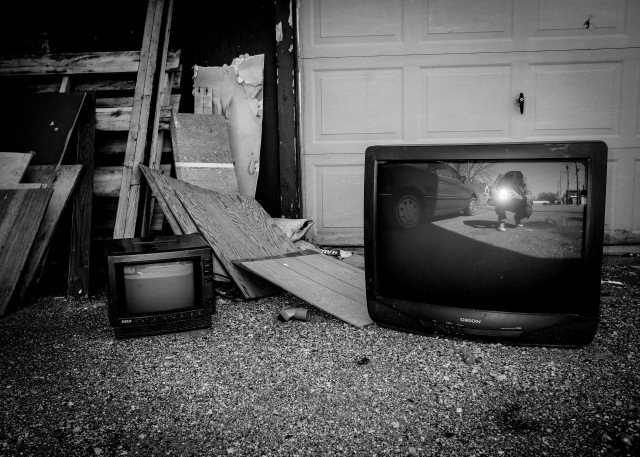 What started out as a joke has now turned into a full fledged photography project that actually has meaning behind it. Allow me to explain.

I started taking photos of trash that I saw along the road because I thought it was funny.

I grew up in a small village that had a secluded backroad leading into town. Locals called it “Dump Road” because folks would drive through the wooded area and dump their trash.

So I’ve always had this cynical regard for people who go out dumping.

One spring I started noticing a peculiarly large amount of free mattresses along the roads on my mail route. I brought it upon myself to begin posting photos of these fabulous (lightly used) mattresses in social media PSA’s.

Who knows, maybe I helped someone find a used piece of furniture?

Well guess what? It’s tax season again and I’m sure I’ll be seeing more donated furniture along the outskirts of town.

What began as a joke has turned into a legit photography project. I look for this stuff and get a thrill whenever I see a couch parked on someone’s front lawn, a smashed TV along the road, or the always lovely (lightly used) mattress.

Here I thought I was wasting my time grabbing shots of people’s trash—but a theme is starting to develop.

In Street Photography we are always looking for the human element. This usually translates into taking photos of people walking down the street—or evidence of people.

Trash along beautiful country roads is to me, a blatant sign of the human element.

What people dump out on the street slowly becomes swallowed up by nature and a part of the landscape. Just like a pile of bones.

The Feeling Of Abandonment

I don’t know if it’s my “sensitive artist nature” or just childhood memories—but there’s a loneliness to all this trash.

Everything In Life Is Temporary 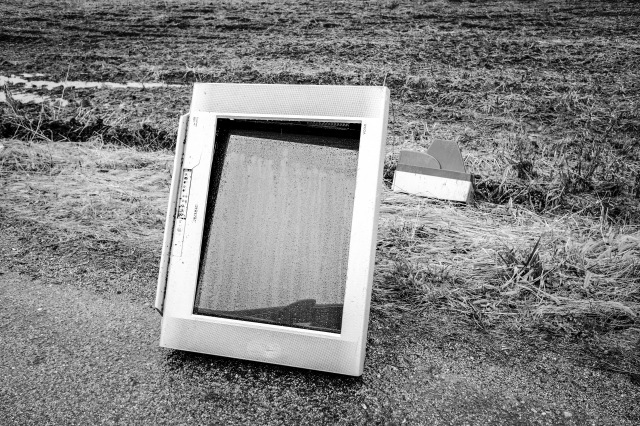 All the crap we fill our houses with will either hit the dumpster, a ditch, or be passed on to someone else. You don’t really own anything—it’s only yours for a short period of time.

Minimalism is definitely on trend right now but there’s truth in the philosophy. I think people are beginning to wake up to the fact that there’s more to life than acquiring Big Screen TV’s.

Where are you finding your meaning? Is it an internal search? A struggle against adversity? In the service of others? Or something that will end up alongside the road?

What do I know? I’m just a mailman that takes photos of trash. 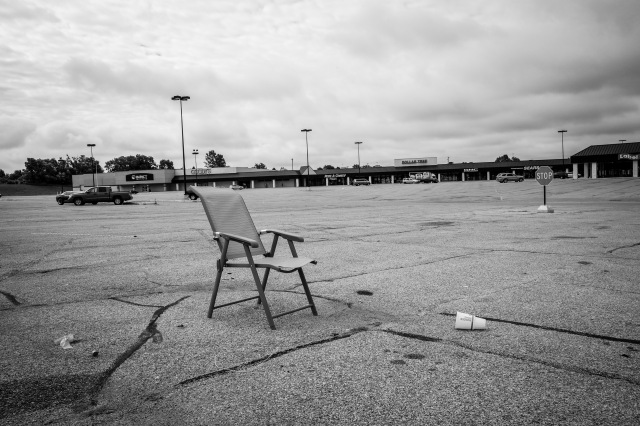 I think as artists we must realize that it takes time to develop a theme. I’ve been shooting this stuff for years and not really known what would come of it until now. I had no intention of being known as “The Guy Who Photographs Junk“. But I’ve embraced it and dug deeper to find some sort of value in it.

The only thing that matters is the work.